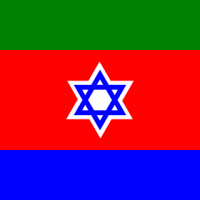 26 August 2011: Thousands of Mizos from India, who claim to be of Jewish descent, are expected to leave Mizoram State for Israel, also known to them as the Promised Land.

At least 7,500 people from Mizoram and Manipur states of India are believed to be joining an estimated number of 1,700 Mizo Jews who have already settled in Israel, according to sources.

Jeremiah Hnamte, one of the leaders of Aizawl-based Bnei Menashe, a community claiming to be one of the descendants from the Ten Lost Tribes of Israel, was quoted as saying that mass migration plans have been prepared and will take place later this year.

The Mizo Jews, of which about 3,000 are from Manipur State, are claimed to be formally converted into Judaism once they arrive in their new Promised Land.

It is reported that the Bnei Menashes have been accepted as one of the Jewish descendants since 2005 after an official visit by one of the chief Rabbis from Israel.

Some speculations have been raised over the possibility of a genetical connection between Jews and Mizos.

Zaithanchhungi, a Mizo researcher, was quoted as saying the Bnei Menashes, who claim to be of Manasseh descent, ended up in the Indian states through a journey via China.

Some Mizo Christians voiced their concerns over the mass migration as a threat to social stability in Mizoram State while others said similarities between customs of any two communities of the world don’t mean they shared the same ancestors.

A Christian pastor studying in India said it seems that their claim is likely to be rather a supposition based in the bibilical verses as it is very difficult to prove that we are descendants of the lost tribes of Israel.

In 2003, migration of Mizo Jews to Israel was stopped by Interior Minister Avraham Poraz after an allegation that the Bnei Menashe were ‘exploited for political purposes’ as they were being settled in the Gaza Strip and in the West Bank.

The Mizos have reportedly started migrating to the Holy Land as early as mid 1990s.

It is estimated that there are more than 9,000 members of the Bnei Menashe in Mizoram and Manipur states of India.

Sources record that the Ten Lost Tribes of Israel, which refers to the ancient Northern Kingdom of Israel, include Reuben, Simeon, Dan, Naphtali, Gad, Asher, Issachar, Zebulun, Ephraim, and Manasseh, son of Joseph.

To see the original source and author of this please go to this URL: http://www.chinlandguardian.com/news-2009/1490-7500-mizo-jews-to-migrate-to-israel-this-year.html

0
India's Prime Minister, Narendra Modi, on Friday sent greetings in Hebrew to the Jewish people on the occasion of Hanukkah. "I wish my friends of...