There’s no question that India’s secularism is under strain. Militant Hinduism remains as much a potent force as extremist Islam. The ongoing bloodletting in Kashmir is an open sore, and the periodic spasms of communal violence in Gujarat, combined with memories of the Mumbai bombings of 2006, have led to undeniable tensions. Just have a chat sometime with a Kashmiri Pandit–a Hindu displaced from that war-torn region–and you will know what I mean.

Yet this country of 1 billion largely impoverished people, home of the second-largest Muslim population in the world, still manages to maintain a sturdy system of democracy based on respect for religious and ethnic diversity. In the U.S., diversity is a politically correct slogan. In India it is a historical fact. Much as we in the West may resent it, India has a lot to teach us when it comes to religious tolerance.

To my mind, the best example of that can be found in the remarkable story of a tiny minority–India’s Jewish community. India may be the only country in the world that has been free of anti-Semitic prejudice throughout its history. As the Jewish genealogical journal Avotaynu recently observed in an article on one Indian Jewish group, “The Bene Israel flourished for 2,400 years in a tolerant land that has never known anti-Semitism, and were successful in all aspects of the socio-economic and cultural life of the people of the region.”

That’s really a bit astonishing, if not ridiculous, when you think about it. Compare that with any Western nation, be it France or Russia or even the U.S., where discrimination against Jews in housing was a fact of life as recently as the 1950s. But in “backward” India, from the beginning, the Jewish communities have not only been free of discrimination but have dominated the commercial life of every place where they have settled–something that has fed traditional European anti-Semitism.

Why has India remained free of this scourge? Various reasons have been advanced for that–such as, the Hindu religion does not seek to convert those from other faiths. What we do know is that anti-Semitism seems alien to the Indian character. And if you don’t believe me, I suggest you take a trip to a southern Indian town called Kochi, in the state of Kerala. There you can find the physical evidence of this glaring historical anomaly.

Kochi, formerly called Cochin, is a former European settlement with a large Christian population and a seafaring heritage. It is a town of enormous charm that reminds some visitors of the Caribbean more than India. On a shabby lane in Kochi you can find a complex of four 439-year-old buildings–the Paradesi Synagogue.

There you have Exhibit A for India’s tradition of secularism and day-to-day tolerance of religious diversity: the fact that this synagogue exists at all.

Kochi’s Jews trace their descent back to 700 B.C., and lived in harmony with their Muslim and Hindu neighbors until–well, I guess I’ll have to backtrack a bit on my claim that there was never anti-Semitism in India. There was quite a bit in the 16th century.

Kochi’s Jews were indeed persecuted–not by Indians but by the Portuguese, following in the glorious traditions of the Inquisition. With the help of the Hindu maharaja and the Dutch, Kochi’s Jewish community rebuilt its synagogue, burned by the Portuguese, in its current location near his maharajah’s palace. It has remained there, unmolested, ever since.

The Jews of Kochi are largely gone now, mostly emigrated to Israel, but it remains a very Jewish landmark in a very non-Jewish country. The synagogue, at least when I last visited it, had none of the heavy security that is common in large New York City synagogues. A short distance away is a Jewish cemetery, and again the distinction is in what you don’t see–there’s none of the overturned headstones and vandalism that have been sadly common in Jewish cemeteries in the U.S. Yes, even in Brooklyn.

It’s pretty much the same story elsewhere in India. Separate Jewish communities were established over the years in Mumbai, where the Bene Israel arrived over 2,000 years ago, and in Kolkata, where a more recent community of Middle Eastern “Baghdadi” Jews became established. In the northeast of India is the Bnai Menashe, who trace their origins to the Israelite tribe of Menasseh.

The Indian Jewish community has never been very large, with the Bene Israel numbering just 35,000 at its peak in the 1950s. Yet Indian Jews have achieved distinction far beyond their numbers. A great many chose to make a career in the military under the Raj (British rule that ended with independence 60 years ago this week)–a phenomenon that, believe me, is certainly foreign to the Eastern European Jewish experience.

Indeed, the most well-known Indian Jew is an eminent soldier: Lt. Gen. J.F.R. Jacob, who commanded Indian forces in the invasion of East Pakistan in 1971. Other Indian Jews achieved distinction in Bollywood, such as the pioneering actress Sulochana, queen of the Indian silent movies. It would probably surprise most Seinfeld fans to learn that Brian George, who played the sad-sack Pakistani restaurant owner Babu Bhatt, is an Israeli of Indian descent.

To be sure, the small size of the Jewish community has meant that the Jews of India never rose to become a political force. As a community it has never exerted any influence on Indian politics, and certainly not on the rabidly anti-Israel foreign policy that has marked much of India’s modern history. In other countries, the absence of Jewish communal influence–or even the absence of Jews–has not prevented rulers from using Jews as scapegoats. Poland of the late 1960s, the era of “anti-Semitism without Jews,” is a good example.

All this has a way of mystifying Indians. I’ve always had difficulty with Indians when we’ve discussed anti-Semitism. They don’t understand it, and to tell you the truth, I’ve had difficulty explaining it myself.

Indians are sometimes accused of being condescending toward Westerners, and of being excessively preachy in their attitude toward other nations. That accusation is sometimes correct. But when it comes to India’s treatment of one of its smallest and most vulnerable minorities, there is ample reason to be both condescending–and proud.

To see the original source and author of this please go to this URL:
http://www.forbes.com/2007/08/05/india-jews-antisemitism-oped-cx_gw_0813jews.html 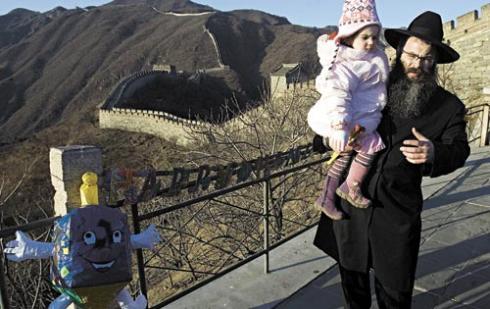