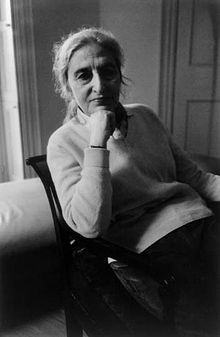 Ruth Prawer Jhabvala, CBE (7 May 1927 – 3 April 2013) was a German-born British and American Booker prize-winning novelist, short story writer and two-time Academy Award-winning screenwriter. She is perhaps best known for her long collaboration with Merchant Ivory Productions, made up of director James Ivory and the late producer Ismail Merchant.

After moving to India in 1951, she married Cyrus S. H. Jhabvala, an Indian architect. The couple lived in New Delhi, and had three daughters. Ruth Prawer Jhabvala began then to elaborate her experiences in India and wrote novels and tales on Indian subjects. Jhabvala wrote a dozen novels, 23 screenplays, and eight collections of short stories and was made a CBE in 1998 and granted a joint fellowship by BAFTA in 2002 with Ivory and Merchant. She is the only person to have won both a Booker Prize and an Oscar.

Ruth Prawer was born in Cologne, Germany to Jewish parents Marcus and Eleanora (Cohn) Prawer. Marcus was a lawyer who moved to Germany from Poland to escape conscription and Eleanora’s father was cantor of Cologne’s largest synagogue. Her father was accused of communist links, arrested and released, and she witnessed the violence unleashed against the Jews during the Kristallnacht. The family was among the last group of refugees to flee the Nazi regime in 1939, emigrating to Britain. Her elder brother, Siegbert Salomon (1925–2012), an expert on Heinrich Heine and horror films, was fellow of The Queen’s College and Taylor Professor of German Language and Literature at the University of Oxford.

During World War II, Prawer lived in Hendon in London, experienced the Blitz and began to speak English rather than German. Charles Dickens’ works and Margaret Mitchell’s Gone With the Wind kept her company through the war years and the latter book she read while taking refuge in air raid shelters during the Luftwaffe’s bombing of London. She became a British citizen in 1948. The following year, her father committed suicide after discovering that 40 members of his family had died during the Holocaust. Prawer attended Hendon County School (now Hendon School) and then Queen Mary College, where she received an MA in English literature in 1951.

Jhabvala lived in India for 24 years from 1951. Her first novel, To Whom She Will, was published in 1955. It was followed by Esmond in India (1957), The Householder (1960) andGet Ready for the Battle (1963). The Householder, with a screenplay by Jhabvala, was filmed in 1963 by Merchant and Ivory. During her years in India she wrote scripts for the Merchant-Ivory duo for The Guru (1969) and The Autobiography of a Princess (1975). She collaborated with Ivory for the screenplays for Bombay Talkie (1970) and ABC After-school Specials: William – The Life and Times of William Shakespeare (1973).

In 1975, she won the Booker Prize for her novel Heat and Dust which was later adapted into a movie. That year, she moved to New York where she wrote The Place of Peace.

Jhabvala “remained ill at ease with India and all that it brought into her life.” She wrote in an autobiographical essay, Myself in India (published in the London Magazine) that she found the “great animal of poverty and backwardness” made the idea and sensation of India intolerable to her, a “Central European with an English education and a deplorable tendency to constant self-analysis. Her early works in India dwell on the themes of romantic love and arranged marriages and are portraits of the social mores, idealism and chaos of the early decades of independent India. Writing of her in the New York Times, novelist Pankaj Mishra observed that “she was probably the first writer in English to see that India’s Westernizing middle class, so preoccupied with marriage, lent itself well to Jane Austenish comedies of manners.

Life in the USA

Jhabvala moved to New York in 1975 and lived there until her death in 2013, becoming a naturalised citizen of the United States in 1986. She continued to write and many of her works including In Search of Love and Beauty (1983), Three Continents (1987), Shards of Memory (1995) and East Into Upper East: Plain Tales From New York and New Delhi(1998) portray the lives and predicaments of immigrants from post-Nazi and post-World War Europe. Many of these works feature India as a setting where her characters go to in search of spiritual enlightenment only to emerge defrauded and exposed to the materialistic pursuits of the East. The New York Times Review of Books chose her Out of India(1986) as one of the best reads for that year.

In 2005 she published My Nine Lives: Chapters of a Possible Past with illustrations by her husband and the book was described as “her most autobiographical fiction to date”.

Her literary works were well received with C. P. Snow, Rumer Godden and V. S. Pritchett describing her work as “the highest art”, “a balance between subtlety, humour and beauty” and as being Chekhovian in its detached sense of comic self-delusion. Salman Rushdie described her as a “rootless intellectual” when he anthologised her in the Vintage Book of Indian Writing while John Updike described her an “initiated outsider”.

Jhabvala was initially assumed to be an Indian among the reading public on account of her perceptive portrayals of the nuances of Indian lifestyles. Later, the revelation of her true identity led to falling sales of her books in India and made her a target of accusations about “her old-fashioned colonial attitudes”.

Jhabvala’s last published story was “The Judge’s Will”, which appeared in The New Yorker on 25 March 2013.

In 1963, Jhabvala was approached by James Ivory and Ismail Merchant to write a screenplay for their debut black-and-white feature The Householder based on her 1960 novel. During their first encounter, Merchant later said Jhabvala, seeking to avoid them, pretended to be the housemaid when they visited. The movie, released by Merchant Ivory Productions in 1963 and starring Shashi Kapoor and Leela Naidu, met with critical praise and marked the beginning of a partnership that resulted in over 20 films.

The Householder was followed by Shakespeare Wallah (1965), another critically acclaimed film. There followed a series of films including Roseland (1977), Hullabaloo Over Georgie and Bonnie’s Pictures (1978), The Europeans (1979), Jane Austen in Manhattan (1980), Quartet (1981), The Courtesans of Bombay (1983) and The Bostonians (1984). The Merchant Ivory production of Heat and Dust in 1983 won Jhabvala a BAFTA Award for Best Adapted Screenplay the following year.

She won her first Academy Award for her screenplay for A Room with a View (1986) and won a second in the same category for Howards End six years later. She was nominated for a third Academy Award for Best Adapted Screenplay the following year for The Remains of the Day.

Her other films with Merchant and Ivory include Mr. and Mrs. Bridge (1990), Jefferson in Paris (1995), Surviving Picasso (1996), A Soldier’s Daughter Never Cries (1998) (the screenplay for which she co-authored with Ivory), The Golden Bowl (2000) and The City of Your Final Destination (2009) which was adapted from the eponymous novel by Peter Cameron and was her last screenplay. Le Divorce which she co-wrote with Ivory was the last movie that featured the trio of Merchant, Ivory and Jhabvala before Merchant’s death that year.

The Merchant-Ivory duo was acknowledged by the Guinness Book of World Records as the longest collaboration between a director and a producer although Jhabvala, too, was a part of the trio from the very beginning. She who introduced the composer Richard Robbins, who went on to score music for almost every production by Merchant-Ivory beginning with The Europeans in 1979, to the duo after meeting him while he was the director of Mannes College of Music, New York. Madame Sousatzka (1988) was the one film she wrote which was not produced by Merchant Ivory.

Some of Jhabvala’s scripts generated controversy. Jefferson in Paris attracted charges of historical inaccuracies and racism while Surviving Picasso ran into trouble with the Picasso estate that denied them permission to use his paintings in the movie.

In 1951, Prawer married Cyrus S. H. Jhabvala, an Indian Parsi architect and, later, head of the School of Planning and Architecture. The couple moved into a house in Delhi’s Civil Lines where they raised three daughters: Ava, Firoza and Renana. In 1975 Mrs. Jhabvala moved to New York and divided her time between India and the United States. In 1986, she became a naturalised citizen of the United States.

Mrs. Jhabvala died in her home in New York City on 3 April 2013 at the age of 85. James Ivory reported that her death was caused by complications from a pulmonary disorder. She was survived by her husband, her three daughters and six grandchildren. Reacting to her death, Merchant Ivory Productions noted that Mrs. Jhabvala had “been a beloved member of the Merchant Ivory family since 1960, comprising one-third of our indomitable trifecta that included director James Ivory and the late producer Ismail Merchant” and that her death was “a significant loss to the global film community”. 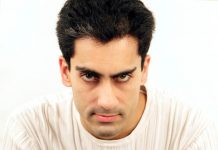 0
This is the first book describing the roles of Western Jews in South Asian political affairs, medicine, painting, architecture and religion. A time-line summarises...