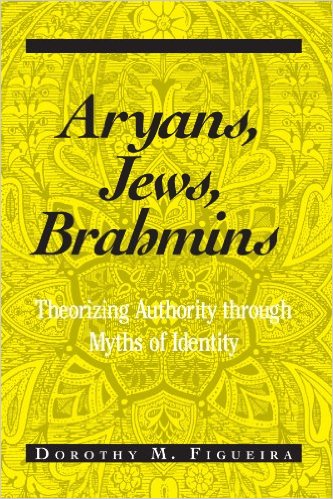 Description:
In Aryans, Jews, Brahmins, Dorothy Figueira provides a fascinating account of the construction of the Aryan myth and its uses in both India and Europe from the Enlightenment to the twentieth century. The myth concerns a race that inhabits a utopian past and gives rise first to Brahmin Indian culture and then to European culture. In India, notions of the Aryan were used to develop a national identity under colonialism, one that allowed Indian elites to identify with their British rulers. It also allowed non-elites to set up a counter identity critical of their position in the caste system. In Europe, the Aryan myth provided certain thinkers with an origin story that could compete with the Biblical one and could be used to diminish the importance of the West’s Jewish heritage. European racial hygienists made much of the myth of a pure Aryan race, and the Nazis later looked at India as a cautionary tale of what could happen if a nation did not remain pure. As Figueira demonstrates, the history of the Aryan myth is also a history of reading, interpretation, and imaginative construction. Initially, the ideology of the Aryan was imposed upon absent or false texts. Over time, it involved strategies of constructing, evoking, or distorting the canon. Each construction of racial identity was concerned with key issues of reading: canonicity, textual accessibility, interpretive strategies of reading, and ideal readers. The book’s cross-cultural investigation demonstrates how identities can be and are created from texts and illuminates an engrossing, often disturbing history that arose from these creations.