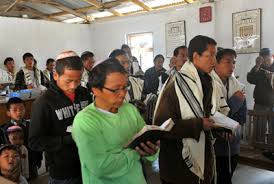 10 lost tribes). These people have Chinese appearance and they claim that after their forefathers were exiled and enslaved by the Assyrians they somehow escaped from slavery and arrived in China. Later on they moved to the Chinese-Burmese border and much later on to the neighboring east India. Most of the residents of Mizoram and Manipur are Christians. Among the Manipur Jews there are some who believe that all the Manipur and Mizoram residents (about 2 million people) are originally from the Menashe tribe. The Manipur Jews believe that the Christian missionaries in the 19th century, forced these Jews to abolish their Jewish identity and adopt Christianity. 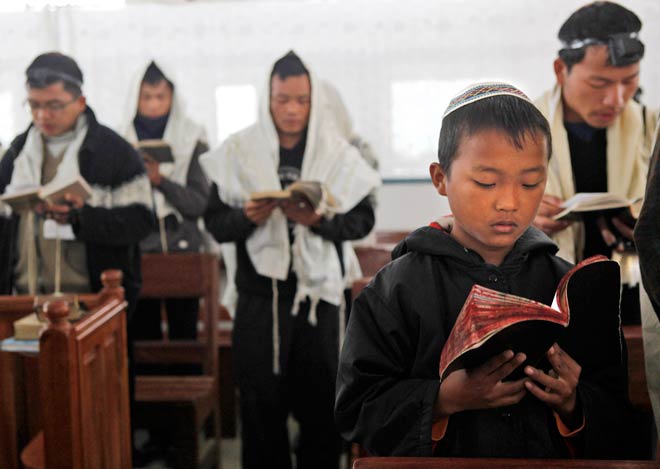 From 1951 after a local chief, named Tchalah revealed to his people that God had told him that his people should return to their original religion and land (Judaism and Israel), there is a movement to return to Judaism and immigration to Israel. Some of them contacted with Israeli rabbis and started learning Judaism. Some of the Israeli rabbis accept their Judaism and others don’t see them as original Jews. Many of the immigrating Manipuri Jews to Israel have converted to Judaism through strict Jewish laws.

0
In east India in the States of Manipur and Mizoram exists a community which sees itself as descendants of the Menashe Tribe (which is...