Indian ambassador to Israel says his country is renovating its Jewish heritage sites and wants to attract young Jews of Indian background to connect to their roots and help strengthen ties between the two countries. 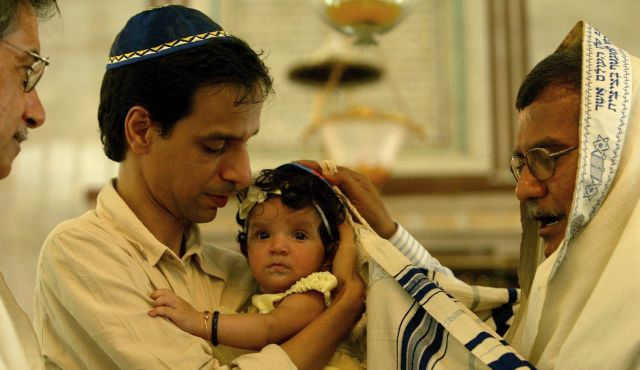 India wants the some 85,000 Jews of Indian origin to come and visit as part of Jewish heritage tours, reported the Press Trust of India news agency on Sunday.

The plan was announced by India’ ambassador to Israel Jaideep Sarkar, who spoke to some 4,200 people who gathered for the Third National Convention of Indian Jews in central Israel last Thursday.

India is renovating its Jewish heritage sites around the country and wants to attract young Jews of Indian background to visit, connect to their roots and help strengthen ties between the two countries, reported PTI. “We want to tell the world proudly about the rich Jewish life in India with your efforts we are working to preserve the Jewish heritage in India. We hope to have a package tour to Jewish heritage sites in Mumbai and elsewhere by early next year,” said Sarkar.

Relations between Israel and India have been growing closer in recent years, and particularly since Indian Prime Minister Narenda Modi took office in May 2014. Modi is planning a visit to Israel, the first by an Indian leader to the Jewish state. No date have been set for the visit, which comes at a time of increased bilateral defence cooperation between the two countries.

There are four different communities of Indian Jews in Israel: Bene Israel, Cochini, Baghdadi and Bene Menashe. India has recently renovated a number of synagogues in Cochin.

The ambassador encouraged the communities to pass on their rich traditions to their children and following generations, and told of them of various Indian government programs to help them do so. Sarkar also encouraged them to study in India, particularly in science, medicine and engineering – an excellent education available at affordable prices, he said.

“As Jews you are blessed with power of creativity and innovation; as Indians tolerance and balance runs in your blood. As Jews you are strengthened by your religious traditions; as Indians you have the ability to connect with other people from other faiths and beliefs so it is vitally important that you pass on these precious qualities and values to your children and grandchildren”, Sarkar said.

“The important thing is to continue what you began so well – and pass on the spirit and idea behind the convention to the next generation. The house of Indian Jewish unity has a strong foundation. Now we have to build upon it,” PTI quoted Sarkar as saying.

The highlight of the celebration was a musical performance by the RetroRockers from Mumbai, which the crowd loved, the embassy said.

Article: A Day of Reckoning for Indian Jewish Detective

0
In the midst of the Mumbai terrorist attacks, Samson Talkar did something he had never done before on Shabbat: He packed a pistol before...