Life as a Jew in India was no different to the lives of people of other faiths. India is the only country in the world where anti-semitism never existed. Jews were full citizens with the same rights and duties as everybody else. 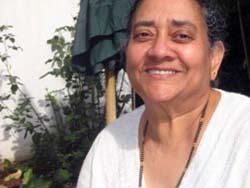 Jews from other parts of the world are usually surprised to discover the level of religious tolerance in a country they believed was ‘backward. It is difficult for them to believe that the Beni Israel have been in military service for generations. We did not live in ghettos. We could live and work wherever we wanted. We owned the land we worked on – something European nations forbade their Jews.

Thalas of sweets that arrived on Diwali and Christmas were never turned away. Mutton sent on Eid was welcomed. This was not ‘compromise’ but respect for other people’s feelings.

Judaism was an integral part of my life from infancy. We followed the Jewish dietary laws and were taught to say our prayers every morning and evening. Parts of these prayers were in Hebrew. When my father was transferred to a place that had a Jewish population, we attended synagogue as well. Important festivals of larger communities were national holidays but the Jewish community was too small for this. We were but a few thousand in a population of several millions. Our parents gave us letters for our teachers explaining our absence on festivals.

The Jewish community was so small that many people in India had never heard of it. I remember one of the senior girls at school asking me which religion I followed.

“We believe in only one God,” I replied.

“We don’t believe in Jesus either.”

“I’ve never heard of this religion,” she said.

That was not the end of it. Two weeks later the girl approached me during the lunch break. “I know now,” she declared. “You are the same as Shylock the Jew.”

At the age of seven I had no idea who Shylock was. I went to my father and asked him to explain the connection. “Now you understand why the written word has such power,” he said. “The writer may mean something entirely different to the way it is understood. Each interpretation is influenced by the mind-set of the reader. The play is really about racism and inequality.” I thought that the girl was ‘not too bright,’ and promptly put the incident to the back of my mind. It resurfaced many years later when I visited friends in India. I was surprised when a man older than myself – and therefore I presumed, more knowledgeable – identified me with Shylock. He did not hesitate to say that Shylock was the prototype of all Jews. They loved money more than anything else in the world. “A man of Shakespeare’s stature would not have written that if it had not been true,” he said.

“He also wrote about fairies and magic,” I replied. The man turned away unconvinced. Blind hatred and ignorance still reigned in many minds. Nothing had changed.

My Jewishness was brought home to me in many small ways. As Jews, we were part of the Indian nation but remained on the outside. When I spoke about the Holocaust to my friends, I discovered that nobody was really interested. There were expressions of horror but then the conversation turned to other things. The reaction to the genocide of the Armenians in Turkey was the same. “It was far from our country and did not affect our lives,” one of my classmates explained. “You are a Jew so you feel the way you do. You cannot expect other people to feel the same.”

I told him that I felt equally bad for Hindus and Muslims who suffered during the partition of India.

“I don’t,” he replied. “I hate the Muslims. They killed part of my family.”

“And they hate you for the same reason.”

This exchange had no effect on our friendship but I understood where I stood. The Muslims and Hindus were too busy hating, and on occasion fighting, each other to bother about a tiny minority.

My religion was part of my identity. From our first days in school, Christian girls often called my sister and me Christ killers. Our explanation of, “Crucifixion was never a Jewish punishment. It was Roman,” had little effect. I was once told by my nine year old classmate that people should not eat in my house. She claimed that Saint Paul had said that Jews wash their pots on the outside and never clean the inside. I laughed and it annoyed her. In later years when I read the New Testament, I discovered that the girl had not understood the text or the simile the saint was using. It was a half-baked interpretation of the written word by the mind of a child who was taught that Jews are evil people.

These were all minor irritations we learned to ignore. We had friends among people of all faiths. All the schools and the college I studied in did not differentiate among its students. When I lived in Calcutta, I shared a flat with girls who worked with me. Religion was never a problem. We just made sure that we did not cook beef or pork. We cooked special meals for three ‘New Years.’

Marriage was a problem for Indian Jews. There were three communities, Beni Israel, Cochini and Bagdadi. These communities had their differences and generally did not intermarry. With emigration to Israel, numbers dwindled and intermarriage became acceptable. The carefree atmosphere always changed when other Jewish families were around. As young people we knew that every word and every action was being weighed, deciphered, and interpreted. Somebody would tell somebody else about the girls and boys of marriageable age they had seen. The constraints fell away when we were by ourselves. I forgot the fact that gentile friends often became matchmakers when they met a ‘suitable’ boy or girl from the community for their Jewish friends.

My father was displeased when I told him that I wanted to come to Israel. We argued. He believed that religion had never been an issue in India. I spoke of the Hindu-Muslim riots that erupted from time to time. Dad had seen the worst of these when he accompanied refugees to both sides of the border during ‘Partition.’ He insisted that it was all in the past. Things had changed.

“India is a safe place for Jews,” my father insisted. “They have never been persecuted here and will never be.”
I reminded him of the time an Australian with mental problems had tried to blow up a mosque in Israel. All the mosques in our city were full of people demanding Jewish blood. We were the only Jewish family in town. Nobody came near us because Daddy was ‘Station Commander’ and we lived near the military base. “It’s only a matter of time,” I said. He refused to believe me.

I reminded my father of a young man from our family who had applied for work with a shipping company. He was asked the question, “What is the shortest route from here to Israel.” The boy was shocked. Before he could answer, another man on the interviewing board said, “Why don’t you go to Israel? They need you there. You will find plenty of work. We have nothing against you. You are fully qualified and suitable but think of it this way. India has many of our own young men and not enough jobs to offer them.” The boy had followed the man’s advice. The words, ‘own young men,’ had showed him that he was the outsider.

I came to Israel in 1972. I have heard stories from Jews who grew up in other countries and realize how lucky I am to be born in India. I still have family and friends who I visit in the land of my birth. It is a country I love and always will. 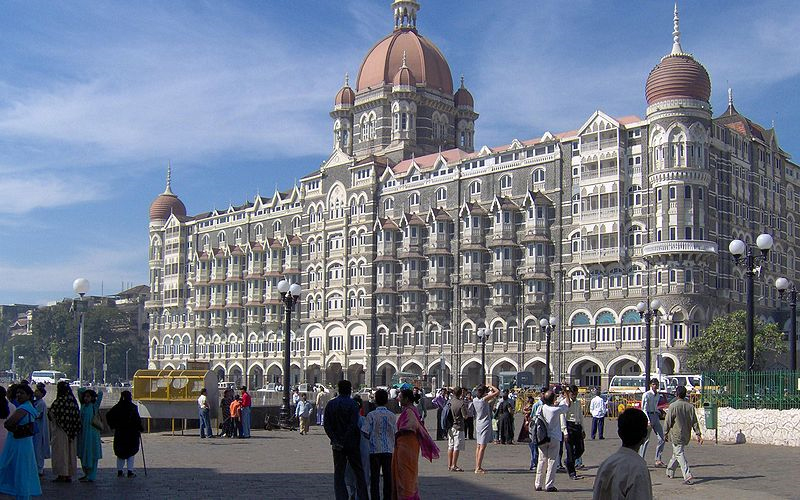 Article: The Jews of India

0
A history of the Baghdadi Jews--who actually lived in India, not Baghdad. By Joan G. Roland The Persian Gulf port of Basra began to serve...