The Jews of India, a microscopic marginal community among other communities settled in India, have become an important part of the Indian history. The Jews, who first landed in the port cities of India such as Cranganore and Cochin in the South, Surat in Gujarat, Konkan in Maharashtra and Calcutta in undivided Bengal in the 17th and 18th centuries respectively for the purpose of trade and commerce and to save themselves and their religion from the onslaught of the Muslims, were never very numerous. Yet they have left their distinct mark in the economic, commercial, socio- cultural history of India.

The Cochin Jews of Kerala, the Bene Israels of Gujarat and Maharashtra, particularly in Bombay and Poona and the Baghdadi Jews of Bombay and Calcutta, have left behind a rich heritage in the Indian cities where they settled. Though always a miniscule community compared to other marginal communities in India, the Indian Jewish Communities contributions to the economic and socio-cultural development as well as to the cultural panorama of the metropolises in Kerala, Bombay, Poona, Ahmedabad and Calcutta, were vast, remarkable and praiseworthy.

The socio-cultural, economic, religious and philanthropic activities of the Jews of India are reconstructed in this study with the help of both archival materials and contemporary sources. The focus of this study is on the contributions of the Jews in India and also highlights the question of Jewish identity in the historical and social aspects and shows how their identity is manifested and preserved by the Jews in their everyday life. This objective study has also dealt with two other recent Jewish communities, the Bene Menashe Jews of Manipur and Mizoram and the Bene Ephraim Jews of A 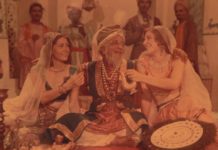 Book: Enlightenment in the Colony: The Jewish Question and the Crisis...