While I was in Pune, India, I had the great pleasure of meeting a young gentleman by the name of Madhav S Killedar.  Although not a Jew, he has tremendous admiration for the culture and history of the Jewish tradition.  So much that he created a one-act play which debuted all over India with 55 shows!  The genre of the play is ‘drama’ and is over 60 minutes long performed by himself and one music organizer/convener which communicates the sufferings of the people of Israel.  I was told that the Jewish Community of Bharat holds him in high regards due to his performance.  Get in touch with Madhav here (email).

Below are photos and synopsis of the play. 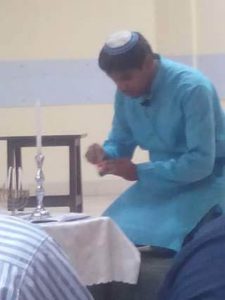 Ast-Uday” is a Marathi mono act play written, directed and acted by Mr. Madhav Shrikant Killedar. The play depicts the history of suppression and injustice on Jews by the rules in all over the world.

The Play begins with greetings, ”Shalom”, The narrator in the play takes the audience from the contemporary era Biblion Age to the formation of Israel. During this Period the Jews passed through episodes of the destruction of their temple, sorrows, and agonies suffered by Jews in the Western world, the holocaust treatment given by Hitler, the relationship of Bene Israeli with India, etc. 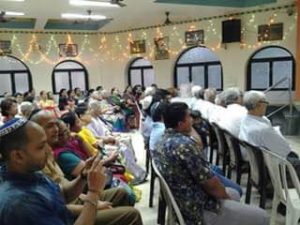 which help them to fight back and they are Brevity, Self-Confidence, and Politeness. The Views expressed by the national heroes like Theodor Herzal, Moshe Dayan, Golda Mayer, Haiem Waisemen, Ben Gurion about Independence and future of Israel are covered in this Play.

The Developments of Israel in fields of Literature, science, technology, agriculture, arts & culture are also narrated. The ultimate goal of staging this play is to motivate Indian Youth to transform our country from better to excellent. 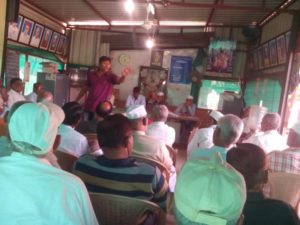 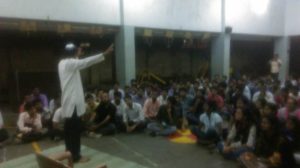 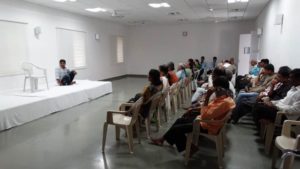 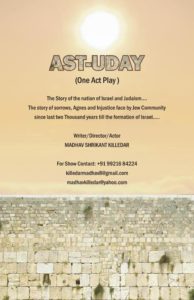 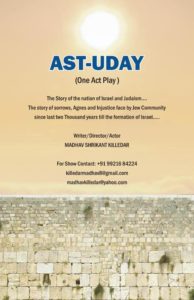 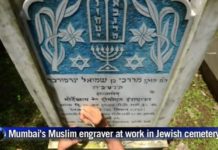